We Are Anti-Establishment (Pt 1)


I seem to have a thing for nationalistic campaigns. My work experience is littered with several such projects that are heavily charged with emotion while trying to awaken a sense of  civic responsibility and service to the Fatherland. Call me sentimental and over-dramatic and you won’t be far off.

It all started in Accra during my rookie years alongside my Kenyan “Oga boss” Jonah Otieno. 2008 was the year and I was part of the exclusive team of four that were saddled with the launch of the mobile network Zain in Ghana. I was probably the youngest in the group with little or no relevant experience. Little did I know that fate was going to have me play a major role. So on that  fateful day, the Senior Art Director was MIA and I recall team lead Taiwo Agboola informing me I had to fill in and work with Jonah, who from, his position in Tanzania, was also a senior, experienced hand. I was unfazed!

It was Zain’s Cultural Week in Bahrain and all the countries where the brand was operating from had a mandate to make an impactful presentation of their host countries. Ghana being the latest bride that year really had to make a splash! Anyway after finally accepting, I had no choice; I went about my tasks like a man on a mission. In retrospect, I must have made quite a lot of mistakes but I had the calming influence of Jonah and I felt comfortable making them. The client’s team was visibly impressed and ecstatic and I immediately became good friends with them. Beautiful people - Dorothy, Linda and I forget the name of the other chick. Such was my naivety that I didn’t actually feel any sense of loss (until now of course) when I lost all of the data from that exercise.

This is the only piece that survived from that collection and doesn’t even do any justice. 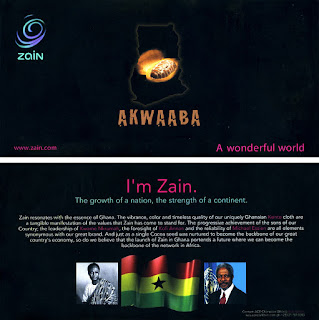 I sometimes relive those joyful times spent working from Silver Star Towers, and even better, relaxation at the hotel close to Labadi Beach with my partner in crime, Taiwo Agboola. It’s safe to say that Ghana became my adopted country. Fun fact: I celebrate my birthday every year on the same day Ghana marks its Independence. Coincidence? I think not!

Back to the story and fast forward to 2010 and we were back in Nigeria. The preceding event made for a good argument about lightening striking twice, because (you guessed it) Taiwo Agboola (as Accounts Manager) and I worked up some more magic in creating an Independence Day ad for the same brand. I recall the endless back and forth with the clients to try to convince them they should run with the ad. Again, I almost let it slip but for Taiwo who ended up fighting that battle, winning my utmost admiration and respect - one of the genuinely good guys. Sadly, the ad failed to live up to its obvious potentials as the agency “forgot” to enter it for the local LAIF awards that year. I’m very positive it would have coasted home in its category. 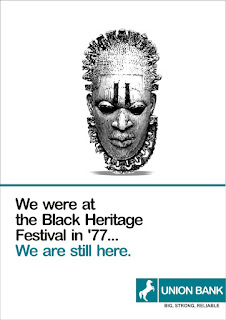 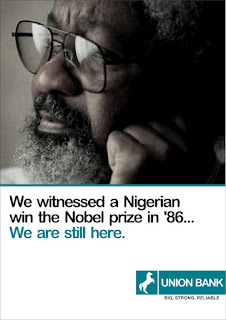 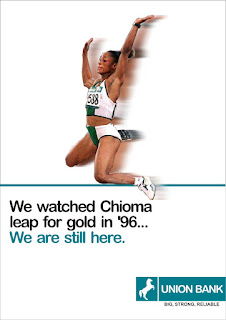 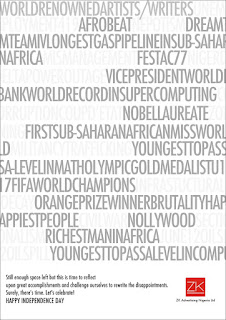